You are here: Home Electrolysis 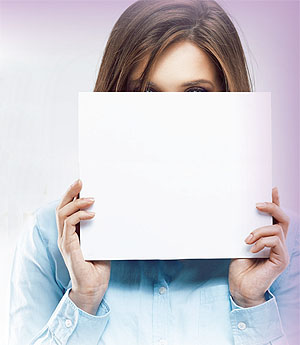 When Dealing with PCOS and Unwanted Facial Hair, Electrolysis was the Solution

Adina was 16 years old when she and her mother realized the coarse dark hairs on the teenager’s face were not the same as the light-colored specks that sometimes appeared on her friends’ upper lips.

Although Adina’s menstrual cycle was still irregular and she suffered terribly with weight gain, her doctor said she was perfectly healthy and just needed to cut down on her calories.

Although no one realized it, Adina was suffering from PCOS (Polycystic Ovary Syndrome), a complex condition which can present as an endocrine, metabolic, genetic, and reproductive disorder. It affects between 10 and 15 percent of women between the ages of 15 and 44.

While PCOS can present with a variety of symptoms, including irregular menstrual cycles and infertility, obesity, unwanted facial hair, or hirsutism, is often the most distressing. Adina called it “the thief of my womanhood.”

It is estimated that between 70 and 80 percent of women and teens with PCOS suffer from hirsutism. While no one knows what causes PCOS, it is well recognized that early diagnosis and treatment, especially weight loss, may reduce the risk of some of the disorder’s long-term complications. Unfortunately, however, like Adina, approximately half of all women and teens with the syndrome go undiagnosed for years, sometimes decades.

By the time she was 17, Adina was so depressed and self-conscious about the unsightly hair on her face that wouldn’t stop growing no matter how much she plucked, shaved, waxed, or bleached, that she began isolating herself socially.

At that point, her mom took her to an electrologist who understood that the effect of unwanted hair growth on a woman’s health and quality of life can be profound. The electrologist was the first professional to recognize that Adina was suffering from PCOS.

Armed with this information, Adina’s mom made sure her daughter began seeing the proper medical specialists as well as the electrologist, who explained that because electrolysis is the only FDA-approved method of permanent hair removal, it is a great option for the thousands of women and teens like Adina with PCOS.

Electrolysis, which treats hirsutism by inserting a tiny needle into the hair follicle to kill the root with an electric current, works for any type of hair growing on any skin color. After a few months, Adina was able to say that her treatments with the electrologist had reduced her PCOS to a mere nuisance.

By appointment only. No walk-ins.